How Repealing the ACA Could Affect Employer-Sponsored Health Plans

Since the Affordable Care Act (ACA) was enacted in 2010, employers and health insurance issuers have had to make numerous changes to employer-sponsored group health plans offered to employees. If the ACA is repealed, many plan terms may no longer be required. These changes may be beneficial for employers, but could be confusing or, in some cases, unwelcome for employees.

The ultimate impact of repealing the ACA will depend on the specific details of the repeal, and any replacement, that is enacted. While steps have been made toward repeal, it is unclear what impact those steps may have or what an ACA replacement will look like. 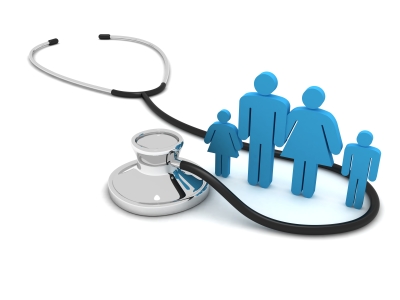 The initial steps, including an executive order issued by President Donald Trump, have no immediate impact on the ACA. No ACA provisions or requirements have been eliminated or delayed at this time. However, employers should be aware of potential changes to their plans if the ACA is repealed.

Listed below are a number of ACA provisions that have a significant impact on employer-sponsored group health plans. Additional requirements apply to plans in the small group market, such as premium rating restrictions and the requirement to offer an essential health benefits package. Although it is unclear which, if any, of these provisions will be affected in the future (and to what degree), it is helpful for employers to be aware of the potential impact on their employer-sponsored coverage.

Prohibition on Lifetime and Annual Limits

Under the ACA, non-grandfathered group health plans are subject to an annual limit on total enrollee cost-sharing for essential health benefits, known as an out-of-pocket maximum. For the 2017 plan year, out-of-pocket expenses may not exceed $7,150 for self-only coverage and $14,300 for family coverage. Once an enrollee reaches the out-of-pocket maximum for the year, he or she is not responsible for additional cost-sharing for essential health benefits for the remainder of the year.

The ACA prohibits group health plans and group health insurance issuers from applying any waiting period that exceeds 90 days. A “waiting period” is the period of time that must pass before coverage for an employee or dependent who is otherwise eligible to enroll in the plan becomes effective. This waiting period limit does not require an employer to offer coverage to any particular employee or class of employees, including part-time employees. It only prevents an otherwise eligible employee (or dependent) from having to wait more than 90 days before coverage under a group health plan becomes effective.

The ACA requires non-grandfathered health plans to cover certain preventive health services (including additional preventive health services for women) without imposing cost-sharing requirements for the services. In general, this means that plans are required to cover services such as immunizations, annual checkups, and regular health and cancer screenings without charging a copayment or applying an annual deductible. For women, the ACA also requires coverage of additional services, such as well-women visits and contraceptives.

The ACA prohibits group health plans and health insurance issuers from rescinding coverage for covered individuals, except in the case of fraud or intentional misrepresentation of a material fact. A “rescission” is a cancellation or discontinuance of coverage that has a retroactive effect (such as one that treats a policy as void from the time of enrollment). When a coverage rescission occurs, the insurance company is no longer responsible for medical care claims that they had previously accepted and paid.

The ACA imposes the following three “patient protection” requirements on group health plans related to the choice of a health care professional and requirements relating to benefits for emergency services:

The Process for Repeal

On March 6, 2017, Republican leadership in the U.S. House of Representatives introduced two budget reconciliation bills—collectively known as the American Health Care Act (AHCA)—to repeal and replace the ACA, in response to the budget resolution. The AHCA has been amended several times since it was introduced. To address concerns raised by both Democrats and fellow Republicans, the House Republicans released amendments to the legislation on March 20, 2017, followed by a second set of amendments on March 23, 2017. On March 23, 2017, House leadership withdrew the AHCA before taking a vote. After the withdrawal, Republicans made additional amendments (the MacArthur amendments) to the AHCA, followed by a separate corrective amendment. A new House vote was scheduled for May 4, 2017, which resulted in a 217 to 213 party-line vote to pass the AHCA.

The AHCA will now move on to be considered by the Senate. It is likely that the Senate will make changes to the proposed legislation before taking a vote. The AHCA would only need a simple majority vote in the Senate to pass. However, unless the AHCA is passed by the Senate and signed by President Trump, the ACA will remain intact.

Until the new heads of federal agencies are in place, it is difficult to know how the ACA will be impacted. As a result, the executive order’s specific impact will remain largely unclear until the new administration is fully in place and can begin implementing these changes. In any case, the immediate impact of the executive order will likely be small, since it will take time to implement policies, regulations and other subregulatory guidance to carry out the directives. In addition, health insurance policies for 2017 are already in place, and state law, in many cases, prohibits significant changes from being made midyear.