Reimbursement of Defense Costs a Reality in PA 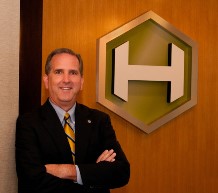 Commercial General Liability insurance is designed to protect your business assets in the event of an allegation that you negligently caused bodily injury or property damage. Besides “funding” the damages that might be assessed to you if found legally liable, one of the most important elements of your general liability coverage is the insurance carrier’s “duty to defend”. But, did you know that in PA and many states, your general liability carrier has a right to recoup all of its defense costs if the allegations made against you end up not being covered by your policy?

On August 17, 2010, the Pennsylvania Supreme Court announced a decision in American and Foreign Insurance Company v. Jerry’s Sport Center, Inc. Interestingly, this decision affirmed the position of the majority of the states that an insurance carrier has no such right to reimbursement. It has long been held that an insurance carriers “duty to defend” is separate from and broader than the duty to pay on damages assessed against the insured. While many insurers have tried over the years to recover defense costs for uncovered claims, most courts have held the position that the “duty to defend” is a critical element in an insurance carrier’s obligation to its policyholder and that the costs of defense, even if it is later determined that the claim is not covered by the policy, is plain and simple a business risk to the insurer. Insurance companies, on the other hand, have argued that they are fine with their obligation to initially defend and represent an insured, but that they should have the ability to recover those costs when, as time passes, it becomes clear that a claim would not have been covered by the policy if all facts and circumstances were known upfront (presumably before their defense began). By not allowing such reimbursement, the insurers argue that policyholders enjoy “unjust enrichment”. Such argument has fallen on deaf ears in the various state courts, including the PA decision in Jerry’s Sport Center, Inc. Or, did it?

Unfortunately, as so often happens, the PA decision, while denying the right of recovery, included a statement that, intentionally or unintentionally, opened the door to exactly what insurers have been seeking for years. The Pennsylvania Supreme Court decision made it clear that insurers are not eligible for defense cost reimbursement that is not provided for or made clear within the policy contract itself. In other words, if the insurance policy doesn’t say you can recover defense costs, you can’t seek recovery of such costs. This immediately opened the door to a means of achieving the right to recover defense costs without having to further argue against decades of legal theory – just modify the policy language to make clear an insurer’s right of recovery.

Beginning in 2013, many insurers adopted new policy language that expressly states their rights to recover. Endorsement “Pennsylvania Changes – Defense Costs – IL 01 20 10 13” states “If we initially defend an insured or pay for an insured’s defense but later determine that none of the claims, for which we provided a defense or defense costs, are covered under this insurance, we have the right to reimbursement for the defense costs we have incurred.”

In Pennsylvania, an insurance carrier’s right to recover defense costs has found a friend in the Jerry’s Sport Center decision. Pull out your latest general liability policy and see if the outcome of that decision has found its way into your policy. If it hasn’t, you can bet it will be there on the next renewal!