On April 3, 2017, President Donald Trump signed into law House Joint Resolution 83 (H.J. Res. 83). This bill nullifies a recordkeeping final rule issued by the Occupational Safety and Health Administration (OSHA). OSHA issued this final rule to amend its recordkeeping regulations and clarify that an employer’s duty to create and maintain work-related injury or illness records is an ongoing obligation. The final rule did not create any additional or new recordkeeping obligations for employers.

The clarification explained that an employer remains under an obligation to record a qualifying injury or illness throughout the five-year record storage period, even if the incident was not originally recorded during the first six months after its occurrence. 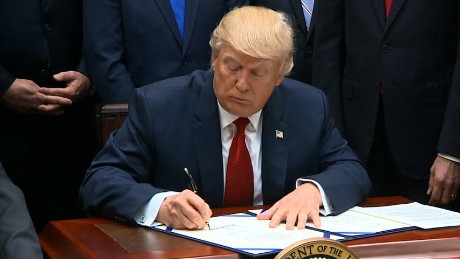 The final rule is no longer valid. Therefore, employers are no longer required to comply with any of its provisions. Employers that were affected by the final rule should review their workplace injury and illness recordkeeping procedures and ensure that they are consistent with the nullification of this rule.

OSHA requires employers to create and maintain records about workplace injuries and illnesses that meet one or more recording criteria. Specifically, employers must:

OSHA has the authority to issue citations and assess fines against employers that violate recordkeeping laws. However, in general, the Occupational Safety and Health Act of 1970 (OSH Act) does not allow for a citation to be issued more than six months after the occurrence of a violation.

OSHA is of the opinion that a violation exists until it is corrected. Therefore, according to OSHA, the six-month period to issue citations and assess penalties begins on the date of the last instance of the violation. For example, if a violation that started on February 1 was corrected on May 15, the six-month period would begin on May 15, and OSHA would have until November 15 to issue a citation.

OSHA also asserts that uncorrected violations are considered ongoing violations, and that each day of noncompliance is subject to a separate penalty.

According to OSHA, adopting the final rule and amending its recordkeeping regulations was necessary because the previous regulations did not allow OSHA to enforce an employer’s incident recording obligation as an ongoing requirement. In fact, a federal circuit court has held that the former regulations did not authorize OSHA to “cite the employer for a record-making violation more than six months after the recording failure.” The court also noted that there is a discrepancy between the OSH Act and the regulations, and that while the OSH Act allows for continuing violations of recordkeeping requirements, the specific language in the regulations does not implement this statutory authority and does not create continuing recordkeeping obligations.

The federal court interpretation of the regulations meant that employers were no longer responsible for recording or storing workplace incidents if OSHA failed to detect and penalize employers for omitted recordable incidents within the six-month period. For this reason, OSHA issued its proposed amendments on July 29, 2015.

Because the final rule has been effectively repealed, employers are no longer required to comply with any of its provisions. This means that OSHA cannot enforce an employer’s recordkeeping obligation if the employer fails to record an incident within the first six months of when the incident took place. In practical terms, this means that OSHA will have to limit the scope of its recordkeeping investigations to the previous six months, rather than the previous five years.

However, because some OSHA records span entire calendar years, employers that fail to create injury and illness records in a timely fashion risk the possibility of keeping inaccurate records or reporting erroneous information to OSHA. Therefore, employers should not interpret this legislative development as an opportunity to bypass or contravene existing OSHA recordkeeping obligations.

Please contact us for more information on OSHA recordkeeping and reporting requirements.