Pennsylvania does not have a statute or regulation that directly prohibits or regulates workplace drug and alcohol testing by private employers. However, Pennsylvania case law and the state’s unemployment compensation law establish certain parameters for employers that choose to conduct workplace drug testing. 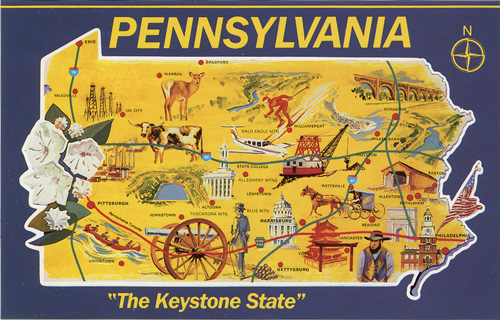 In Pennsylvania, there is no rule dictating when drug testing in the workplace is allowed or prohibited. Instead, courts will assess an employer’s drug testing policy to determine whether it violates the employees’ right to privacy.

Pennsylvania courts apply a balancing test that seeks to determine whether a reasonable person would find the employer’s program highly offensive. For this analysis, courts weigh the employee’s privacy interests against the employer’s interest in maintaining a substance-free workplace.

For Pennsylvania’s unemployment compensation purposes, all employer drug tests must be conducted under an employer’s established substance abuse policy.

Pennsylvania’s Motor Carrier Transportation Regulations regarding workplace drug testing for transportation employees incorporate the federal FMCSA’s rules. The FMCSA’s alcohol and drug testing rules apply to employers that have employees who operate a commercial motor vehicle in commerce in any state. The regulations require testing in certain circumstances for all of the following substances:

Pre-employment drug testing is required, and negative test results must be received before a motor carrier can allow a driver to perform a safety-sensitive function. The pre-employment test is only required for controlled substances, although alcohol testing is permitted.

If a trained supervisor or employer has reasonable suspicion to believe that a driver has used alcohol and/or controlled substances, the employer must test the driver.

Random drug and alcohol testing is defined as unannounced testing based on a random selection of drivers. Employers may conduct random testing as long as they meet certain requirements. Selection of employees for testing must be made by a scientifically valid method, and all drivers must have an equal chance of being tested. The names of drivers who are selected for testing must be kept confidential until the employer notifies a driver that he or she must take the test. Once the driver is notified, he or she must immediately proceed to the testing facility and undergo testing. Every driver’s name that is selected for testing must be returned to the selection pool so that all drivers have an equal chance of being selected at any time.

Random drug and alcohol testing are both required, as follows:

Post-accident testing must be administered for all commercial drivers who are:

The official testing procedures are based on those established by HHS. These procedures include urine sample collection, laboratory procedures and reporting and recordkeeping of final results. Only laboratories certified by HHS under the National Laboratory Certification Program (NLCP) may be used.

A driver who has tested positive for any of the substances will be notified, and may discuss the positive test results with a qualified Medical Review Officer (MRO) before a result is reported to the employer. The driver will have an opportunity to explain any special circumstances to the MRO. The MRO has the authority and responsibility for reporting the results to the carrier’s alcohol and drug program management for action.

A driver who has violated DOT alcohol and drug regulations or who refuses to submit to a test is prohibited from performing DOT safety-sensitive duties for any motor carrier until he or she completes a Substance Abuse Professional evaluation, referral and education/treatment process.