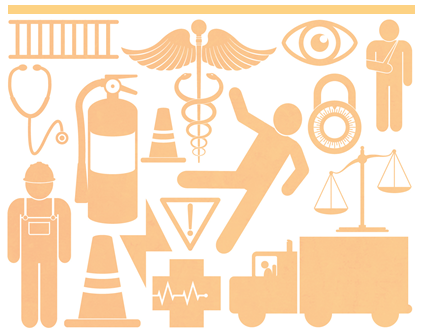 Last year, OSHA issued a final rule that requires certain employers to electronically submit data from their injury and illness records so they can be posted on the agency’s website. Although employers were initially required to submit this data by July 1, 2017, the agency recently stated that it will not be ready to receive electronic workplace injury and illness reports by the established deadline, and has proposed a new compliance date of December 1, 2017.

Because the electronic reporting rule has not been revoked, employers affected by the rule should continue to record and report workplace injuries as required by law. Although the rule does not change an employer’s requirements to complete and retain regular injury and illness records, some employers will have additional obligations. Here are the requirements for the rule:

OSHA has withdrawn a policy that allowed union officials to participate in inspections at nonunionized workplaces. The agency recently referred to the policy as unnecessary in a memorandum to its regional administrators.

The policy was originally included in OSHA’s 2013 “Walkaround Letter of Interpretation,” and was viewed by many employers as an attempt by the Obama administration to support and expand union representation to nonunion workplaces. Other critics of the letter believed that it allowed individuals who were not a representative of employees to participate in walkaround inspections.

Because the walkaround policy was set without engaging in a formal rule-making process, the procedure to withdraw it was quick and informal. Many experts also believe that the withdrawal was influenced by the Trump administration’s focus on eliminating easily reversible policies.

OSHA compliance officers may still attempt to include third-party outsiders in a walkaround if there is good cause. One example of good cause would be due to the compliance officer lacking technical or language expertise that is necessary to the inspection. Such cases are rare, however, as OSHA usually provides the needed expertise from within the agency.

A number of proposed OSHA standards were introduced just before the inauguration of President Donald Trump. However, the Trump administration’s focus on deregulation has put many of these standards on hold. Additionally, the Office of Information and Regulatory Affairs has yet to publish its Unified Agenda, a semiannual publication that outlines the upcoming regulatory plans for federal agencies.

Several proposed changes are currently in OSHA’s pre-rule stage, including the following:

Supporters of the Trump administration’s emphasis on deregulation believe that businesses will benefit as their compliance responsibilities are reduced. However, opponents argue that public protections may now come second to profit.