Many employers offer high deductible health plans (HDHPs) to control premium costs and then pair this coverage with health savings accounts (HSAs) to help employees with their health care expenses.

An HSA is a tax-favored trust or account that can be contributed to by, or on behalf of, an eligible individual for the purpose of paying qualified medical expenses. For example, individuals can use their HSAs to pay for expenses covered under their HDHPs until their deductibles have been met, or they can use their HSAs to pay for qualified medical expenses not covered by their HDHPs, such as dental or vision expenses.

Who can Contribute to an HSA? 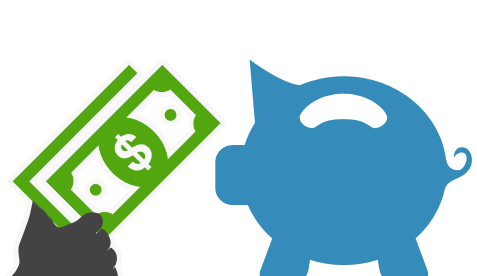 How Much can be Contributed to an HSA Each Year?

The maximum HSA contribution limits are subject to an annual adjustment for inflation. By June 1 of each calendar year, the Internal Revenue Service (IRS) publishes the cost-of-living adjustments that will become effective as of the next January 1.

Keep in mind that there are some special contribution rules for individuals who are age 55 or older, mid-year HDHP enrollees and married spouses with family HDHP coverage. These rules, which are discussed below, may impact how much can be contributed to an individual’s HSA each year.

Who is Eligible to make Catch-up Contributions?

What is the Full-contribution Rule for Mid-year Enrollees?

The full-contribution rule is an exception to the general rule that the maximum amount of HSA contributions for a year is determined monthly, based on the individual’s HSA eligibility for that month.

Under the full-contribution rule, an individual is treated as HSA-eligible for the entire calendar year for purposes of HSA contributions, if he or she becomes covered under an HDHP in a month other than January and is HSA-eligible on Dec. 1 of that year.

How does the Full-contribution Rule Work?

The full-contribution rule can increase, but not decrease, the amount that an individual would otherwise be eligible to contribute to his or her HSA under the general monthly contribution rule.

What is the Testing Period for the Full-contribution Rule?

If an individual makes additional HSA contributions (or if contributions are made on his or her behalf) under the full-contribution rule, and the individual does not remain HSA-eligible during the 13-month testing period, he or she will experience adverse tax consequences.

These adverse tax consequences do not apply, however, if an individual loses his or her HSA eligibility during the testing period due to disability or death.

The testing period begins on December 1 of the year for which the HSA contributions were made, and it ends on December 31 of the following year.

Earnings on the taxable amount are not included in gross income and are not subject to the 10 percent additional tax, as long as the earnings remain in the individual’s HSA or are used for qualified medical expenses.

The 10 percent additional tax for the failure to remain HSA-eligible during the testing period applies regardless of the individual’s age (that is, it applies even after the individual attains age 65).

This additional tax cannot be avoided by withdrawing the taxable amounts from the HSA. An amount included in an individual’s federal gross income because the individual failed to remain HSA-eligible during the testing period is not an “excess contribution.” Withdrawing the taxable amount (and not using the withdrawn amount for qualified medical expenses) will result in double taxation because the withdrawn amount will again be included in the individual’s gross income and (unless the individual has died, become disabled or attained age 65) will also be subject to the additional 20 percent tax on nonmedical distributions.

Are there any Special Contribution Limits for Spouses?

There is a special contribution rule for married individuals, which provides that if either spouse has family HDHP coverage, then both spouses are treated as having only that family coverage.

Spouses who are HSA-eligible may allocate the joint contribution limit in any way they want. They may divide the limit equally or allocate it between their HSAs in any proportion, including allocating it entirely to one spouse.

In addition, keep in mind that HSAs are individual trusts or accounts, which means that spouses cannot share a joint HSA. Also, if a spouse has non-HDHP coverage (such as a low-deductible health plan, general purpose FSA or HRA) that covers the other spouse, both spouses are ineligible for HSA contributions.

Are There Special Rules for Medicare Enrollees?

If Employees make Pre-tax HSA Contributions, can They Change Their Elections during a Plan Year?

IRS Notice 2004-50 confirms that the irrevocable election rules do not apply to a cafeteria plan’s HSA benefit. An employee who elects to make HSA contributions under a cafeteria plan may start or stop the election or increase or decrease the election at any time during the plan year, as long as the change is effective prospectively. If an employer places additional restrictions on HSA contribution elections under its cafeteria plan, then the same restrictions must apply to all employees. Also, to be consistent with the HSA monthly eligibility rules, HSA election changes must be allowed at least monthly and upon loss of HSA eligibility.

What are the Rules for Employer HSA Contributions?

Employers may contribute to the HSAs of current or former employees. An individual’s HSA contribution limit is reduced by any employer contributions (including pre-tax salary deferrals under a cafeteria plan) made to his or her HSA (or Archer MSA).

What is the Deadline for Making HSA Contributions?

Are Rollover Contributions or Transfers from Other Accounts Allowed?

Rollovers from Other HSAs or Archer MSAs

How are HSA Contributions Taxed?

All HSA contributions receive tax-favored treatment (unless they are excess contributions). The specific tax treatment, however, depends on who is making the contribution, as described in the table below.

The 6 percent excise tax is cumulative and will continue in future years if a corrective distribution is not made. For each year, the HSA owner must pay excise tax on the total of all excess contributions in the account. However, the amount on which the tax is assessed is reduced in certain circumstances. For example, if HSA contributions for any year are less than the maximum limit for that year, the amount subject to the excise tax is reduced (for that year and subsequent years) by the difference between the maximum limit for the year and the amount actually contributed.