Discrimination is treating similarly situated individuals unequally. Federal and state governments have enacted laws that prohibit discrimination on the basis of protected classifications, such as sex, race, religion, disability and age. The purpose of these laws is to eliminate discrimination in the workplace based on prejudices that are unrelated to the ability to perform the job. 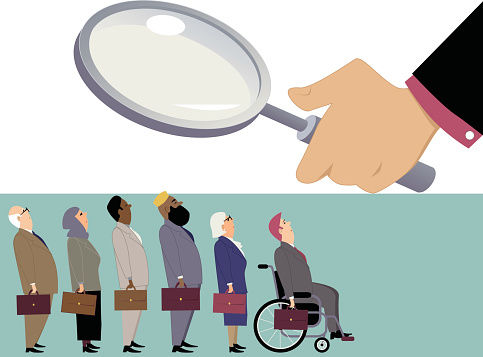 Federal laws protect employees and job applicants against employment discrimination when it involves:

An employer must have a certain number of employees to be covered by federal anti-discrimination laws. This number varies depending on the type of employer (for example, whether the employer is a private company, a government employer, an employment agency or a labor union) and the kind of discrimination involved. For private employers, the following rules apply:

If an employer has the required number of employees, a person is protected under federal anti-discrimination laws if he or she is:

The Equal Employment Opportunity Commission (EEOC) is authorized to investigate charges of discrimination and to bring actions in federal court on behalf of both individuals and classes of employees.

Generally, an individual must prove the following factors to have a viable claim for discrimination:

There are four general categories of discrimination:

Employers must also be knowledgeable of their state and local discrimination laws. Many states have much broader discrimination laws and prohibit discrimination on the basis of creed, marital status, ancestry, arrest record, conviction record, military service, unfair honesty testing, sexual orientation, sexual harassment and unlawful use of products, in addition to the protections provided at the federal level.

Discrimination lawsuits can be time-consuming and expensive. It is imperative for employers to audit their practices so they can uncover problem situations and practices before they lead to expensive litigation. Employers can help avoid discrimination claims by offering compliance training, being direct and honest when implementing disciplinary procedures, contesting meritless charges, implementing user-friendly internal complaint procedures and seeking legal advice before little problems become big ones.