Should Employees Be Allowed to Play Fantasy Sports at Work?

Fantasy sports have exploded in popularity over the past decade, with one of the most prevalent being fantasy football. Fantasy sports allow individuals to draft virtual teams of professional players and compete against other players in their leagues.

More than 56 million Americans play fantasy football—37 million of which are employed full time. Studies estimate that fantasy football costs more than $16 billion in lost productivity each year. This figure assumes that players spend one hour a week at work managing their teams over the course of the 17-week football season.

While many employers may be concerned about these statistics, there are many benefits that can be achieved by allowing employees to play fantasy sports in moderation at work. 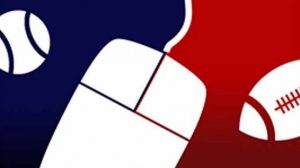 Despite these benefits, there are some risks that employers should be aware of when considering whether to allow fantasy sports in the workplace, including:

Best Practices for Fantasy Sports in the Workplace

Follow the tips below to prepare your business for fantasy football season:

For more information on how to manage office distractions and improve productivity, contact Horst Insurance today.