By nature, being an employer is filled with challenges and ever-changing risks. One of the biggest concerns to any organization, regardless of size, is the well-being of its employees. Skilled employees are the backbone of a successful organization. In the past, these valuable employees did not always get the fair treatment they deserved. As a result, Congress passed numerous laws to ensure that every person gets treated reasonably when at work. 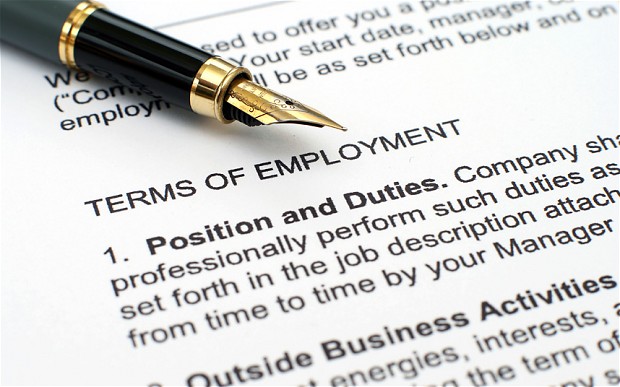 Significant changes to past employment laws placed whole new areas of risk on employers, leaving them to redesign workplace policies in an attempt to limit their exposures. Employers today don’t just need to make sure that they follow all the rules, employees need to follow them as well. To manage this risk, most companies create a human resources team that is able to give advice and look out for the well-being of workers.

The landscape of employment law is continually evolving. With every new piece of legislation or court decision, employers learn about workplace discrimination and employee rights that previously may not have been relevant. To protect both employees and the company, management must stay up to date on the risks and issues inherent to the employer-employee relationship.

A majority of U.S. workers today are hired under the agreement of an “employment-at-will” clause. This clause states that either the employer or employee can terminate the employment at any time and for any reason (or no reason). This serves both parties by preventing long-term contracts from restricting either side’s future.

Since the 1960s, the employment-at-will agreement has steadily grown to favor employee rights. Anti-discrimination laws and various other laws have broken the idea that an employer can truly fire an employee at-will. Managers who hire or fire employees must realize the limitations of the employment-at-will policy, and that such a clause does not offer protection if any discrimination or bad faith can be proved in court.

“Wrongful discharge” is a claim made by workers whose employment was terminated because their government-protected rights interfered with the function of the company. Whistle-blowing, assisting a government investigation, using workers’ compensation and missing work for civic duties are all actions that employers have mistakenly tried to use to fire employees. Since these claims are eligible to collect punitive damages as well as lost wages, the HR team should make sure no employee is being fired out of revenge or convenience.

Similarly, there is the issue of firing employees without “just cause.” While the employment-at-will statement is meant to cover employers, everything from handbooks to workplace conversations can imply a contract of employment to workers. If employees have evidence that employers historically have only ever fired workers because of just cause, they could make a case that their own employment cannot be terminated without reason. To avoid such claims, employers need to make it perfectly clear that all positions are at-will and never promise or speculate specifics of future employment.

A final point to note is that many state courts have ruled that employment implies a contract of “good-faith” between the company and the employee. This contract is meant to help determine blame in a situation where no legal misdoings were technically committed. For these cases to reach court, the actions taken by either party must be very unscrupulous; a possible case could include the firing of an employee in order to ensure a different employee gets a promotion or sales opportunity.

Often reported as one of the most dangerous times for employers, the hiring process can be a drawn-out event where an inappropriate question can lead to expensive litigation for a company. The Americans with Disabilities Act and the Civil Rights Act promise all potential employees that no employer is allowed to discriminate against them for any reason.

Extensive in detail, the two acts comprise a vast number of rules and implications for the questions asked on applications and in interviews. No inquiries concerning race, religion, gender or family are to be asked; additionally, no questions about health or physical condition are to be asked unless pertinent to the requirements of the job. Reasonable accommodation must be made for applicants with special needs and no test that tends to discriminate against a protected class may be issued (unless the test is related to job requirements).

The best method to avoid the appearance of discrimination is to be as clear as possible about job requirements. When doing interviews, only ask questions directly related to the position and make no implication that the interview is a job offer. Small talk can be essential for getting a feel for an employee, but conversational questions posed during this time can be as much of risk as any official question. Interviewers should always prepare a list of official questions for an applicant to answer.

Offensive and litigation-worthy actions against employees are not just limited to termination of employment. Ranging from assault to defamation of character, there are any number of civil offenses, or torts, that can land a company or a co-worker in a courtroom. The following are the most common:

Negligence – Though it comes in several specific forms, negligence is usually the suit that follows an incident the employer was indirectly responsible for. Negligence is typically claimed by employees who were affected by the actions of another worker. Affected employees blame employers for being irresponsible in their decision to hire (or continue to employ) an individual who is a known threat in the workplace. Alternatively, employees can also claim they were falsely fired or punished for actions the employer did not fully investigate.

Harassment is possibly the biggest source of negligence claims. Employers are held responsible for the workplace environment. If direct acts of harassment from co-workers, vendors or customers are not dealt with immediately, claims could be made that manager negligence led to a hostile work environment. Any vendors and contractors should fill out signed agreements to abide by company harassment policies.

In all situations of reports of misconduct or punishment, it is essential that managers thoroughly investigate the situation and respond quickly and appropriately. Since litigation could be the result of punishing or not punishing the alleged offender, managers should document everything and discuss the situation with others only as necessary.

Connected with this, tort suits will often be filed because employees thought they had private use of something that was, in fact, company property. The most common instance of this is email records. Employees have litigated their employers for firing them over company emails. Though usually unsuccessful if clear handbook policies are in place, these claims are avoidable by having employees sign disclosure agreements when they are hired. Additionally, reminders about company rights (email ownership, locker searches) should be posted around the workplace.

Often thought of in conjunction with slander, defamation of character can occur whenever harmful information about an employee is spread around an office, regardless if it is true. This most commonly happens with medical information, but could potentially be the result of a former employer reporting an unrequired piece of sensitive information during a reference check. In either case, medical and punitive records should be handled delicately and never disclosed unless special permission is obtained.

Lies – Lying, both by employers and employees, can cause sudden litigation for unsuspecting companies. The most obvious and avoidable forms of lying come in the form of fraud. Fraud is usually linked to promises of employment or change in type of employment. Companies that promise terms of employment far greater than they know they can provide are typical offenders in this area, but managers that promise unverified raises for completion of special training or schooling can be just as liable.

Fraud is easy to avoid, because it requires intention to mislead. Managers that honestly admit they cannot fulfill an earlier promise could possibly be subject to violation of an implied contract, but cannot be alleged of intentionally harming an employee by means of false information. As stated earlier, promises of future employment are always a risk and should not be made.

Attacks against individuals – The final area of employment law tort claims involves attacks on individuals. Intention to cause physical or emotional harm and unlawful detainment are grounds for the majority of these tort cases.

Assault, battery and emotional harm are all instances where an employer or co-worker makes a direct action against an individual. Threats constitute assault while physical contact composes battery. Cases of non-criminal assault and battery involve unwelcomed physical contact (often linked to sexual harassment.) Neither should be tolerated in the slightest, and any employee complaints should be addressed immediately. Criminal actions of assault should be handled by police.

Intentional emotional harm is as serious an issue, but the “intentional” aspect is difficult to establish. Accusations of an employee causing emotional harm should also be handled quickly, but intent should be established as well. At the very least, sensitivity training should strongly be considered for the offending individual.

Finally, unlawful detainment occurs when an employer or manager holds an employee against her or his will. Many times these detainments are the result of the employee being suspected of violating a law while at work. With no authority, an employer cannot hold employees against their will (unless they present a clear danger to society.) When a law has been violated, police should be contacted to deal with the issue.

Because there are so many types of violations that can occur in the workplace, employers should establish two different channels for employees to report complaints. This way, if one of the contacts is involved in the complaint, the employee still has a way to comfortably report the incident. Employers must take as many steps as necessary to ensure clear communication between management and employees.

The greatest threat to employers from employees usually starts with the employer making a mistake. An email or small talk might not be received as intended, or a general statement of idealism could be misconstrued as a promise. Employers and managers must take time to understand what can make them liable and, more importantly, why an employee has government-sanctioned protection from it.

As stated earlier, employees are an essential part of any business. For employers, the employer-employee relationship is ripe for potential miscommunications. Review your company’s handbook so you know what everyone is supposed to understand and what rights are to be expected.

In the end, no company is perfect and a mistake from a manager or employee could result in costly litigation, regardless of the court’s decision. Employment Practices Liability insurance can provide coverage for employer risks inherent to your organization and the unsanctioned actions of employees. Contact Horst Insurance to discuss your company’s exposure and how you can prepare for imminent risks.